The Fight Against Corruption in Waste Management

Corruption exists in almost every industry, however, the waste industry is extremely vulnerable to fraudulent activity. Comprising a complex network of different organizations, partners and public authorities, the waste sector is a highly intricate system, which often leaves it open to manipulation.

Money laundering, tax evasion and environmental crime are prevalent within the industry and can have detrimental consequences for municipal resources, the environment and citizen health and well-being. Undermining cities’ efforts to support Sustainable Development Goals and increasing socio-economic inequality, corruption is a major issue in waste management that needs to be addressed.

Is smarter and more efficient waste management the answer? By allowing for more transparent and streamlined operations, smart IoT systems could result in fewer costs associated with waste crime and corruption.

Misconduct on a global scale

The European Commission published a report in 2014, outlining the scope of this issue and highlighting some different examples of corruption. Misconduct occurs at almost any level of waste management from misclassification or understatement of waste to bribery in the procurement process of public tenders.

The complexity of public procurement contracts and the flows of funding from private businesses and public officials make this kind of financial corruption feasible. So where does waste corruption take place? The answer is that this is a universal issue; taking place everywhere and anywhere.

WasteHero takes a look at four instances of corruption in the industry from four different parts of the world.

#1 Illegal Waste Sites in the UK

In 2018, the UK plastics recycling industry was under investigation for potential fraud. Plastic waste was not actually being recycled but simply dumped into rivers and oceans. As a result, six plastic exporters were stripped of their licenses and their operations were temporarily suspended.

ESAET suggested that the UK enforce more laws surrounding waste management as well as supporting courts in setting fines that reflect the costs associated with waste crime. By educating businesses about the potential risks of these crimes, the UK government could work towards reducing the financial burden caused by waste corruption.

In 2020 alone, 42 people were arrested for smuggling stolen waste from Spain to Asia, costing the municipality of Madrid approximately €16 million. The large criminal organization illegally collected paper and cardboard, then combined it with legally collected waste before sending it to Asia.

Law enforcement agency, Europol, supported the Spanish authorities during this case, providing them with key information taken from their extensive database. Stricter EU regulations have now been established in order to monitor the transportation of waste from one Member State to another and outside of the EU.

#3 Illegal dumping in landfills in India

In Delhi, all five municipalities are known to have been dumping waste in overflowing landfill sites, polluting and contaminating the surrounding environment with toxic gases. A committee was established in the hopes of investigating misconduct within the management of waste. They created a by-law requiring trash to be sorted into three streams; wet, dry and hazardous waste.

By creating this colour system, comprised of different bins and containers, municipalities had no choice but to begin correctly segregating waste. They were also asked to publicize time slots for waste collections as a way to create transparency.

A study from 2019 reported that in Uganda, an extensive criminal network comprised of technical officials, truck drivers, garbage sorters and factory owners were involved in waste corruption. Mbarara Municipality has struggled with solid waste management for many years and due to poor financing, failure to enforce laws and ineffective planning, corruption has been rampant.

Over 30% of the waste in Mbarara city was uncollected, unprocessed or inappropriately dumped, having huge consequences for the health of citizens and sanitation of the city in general. Regular audits of the involved companies and partners as well as adopting an appropriate solid waste management system could allow this city to overcome these challenges.

By utilising smart bin sensors and monitoring fill levels, municipal authorities can look out for potentially illegal collection of waste more accurately by tracking waste streams. In this way, digitalized waste management can be helpful in monitoring the occurrence of corruption within the industry.

It’s also possible to use smart bin sensors to trace the approximate weight of solid waste in ratio to their volume, giving authorities a general indication if something is wrong. Smart tech such as GPS on garbage trucks can also be used to track their movements and observe whether they are moving outside of the expected areas.

Overall, improving the transparency of public sector waste management prevents forms of corruption from occurring. By using smart technology to monitor waste streams and keep track of historical data can help to reduce the knowledge gaps that allow for these types of criminal activity to occur. 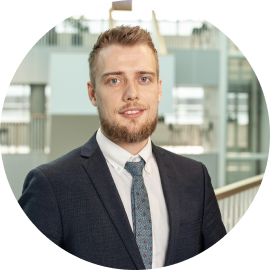 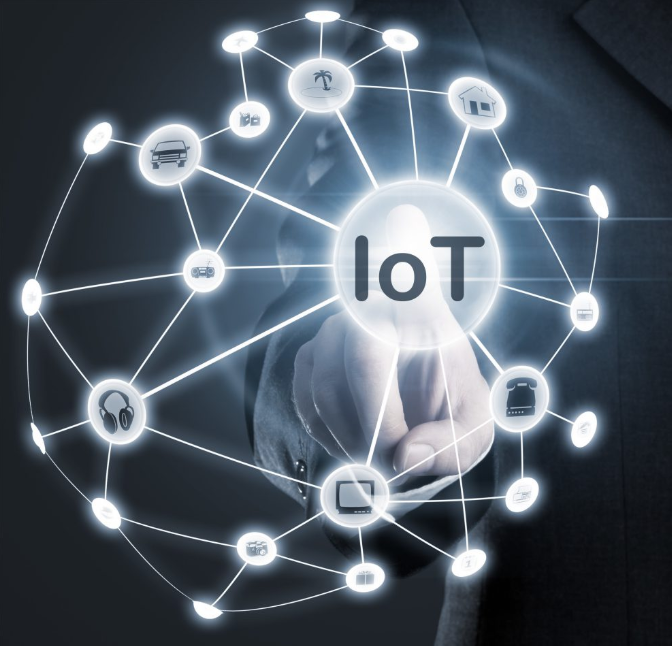 Interested in waste analytics. Read the most common questions about our software 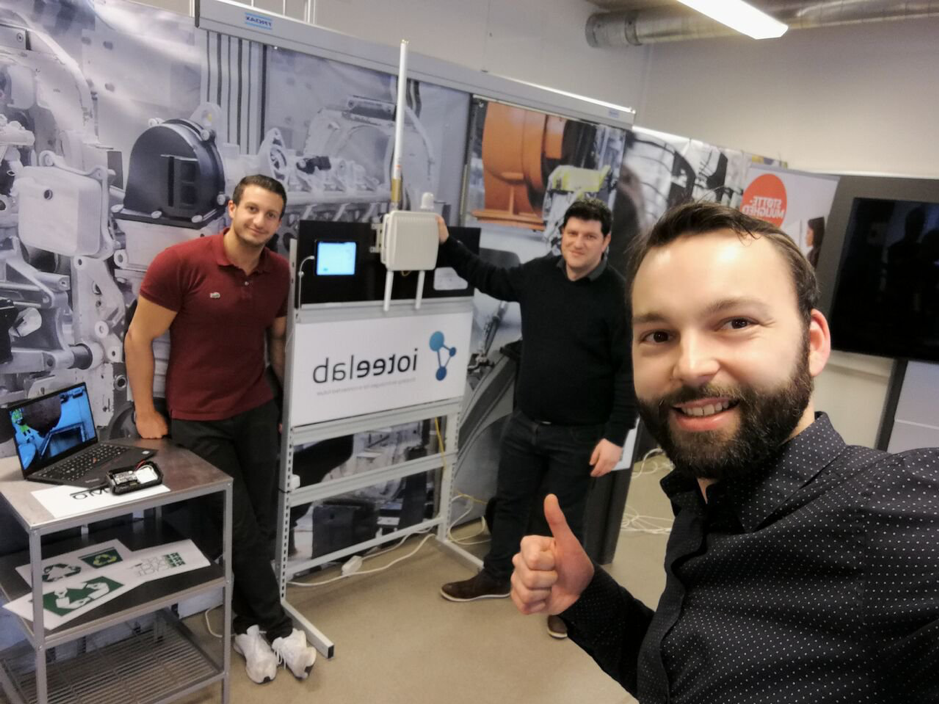 Visit by the Prime Minister of Denmark

The Government wants more digitalization in Denmark, and therefore launches strategies for Denmark's digital growth. The strategy will bring Denmark to the forefront of digital development and create growth and prosperity for the benefit of everyone in society. WasteHero sees Denmark as the frontrunner for digitization and presents a smart solution for optimizing waste management for municipalities using IoT technology in order to digitize cities. 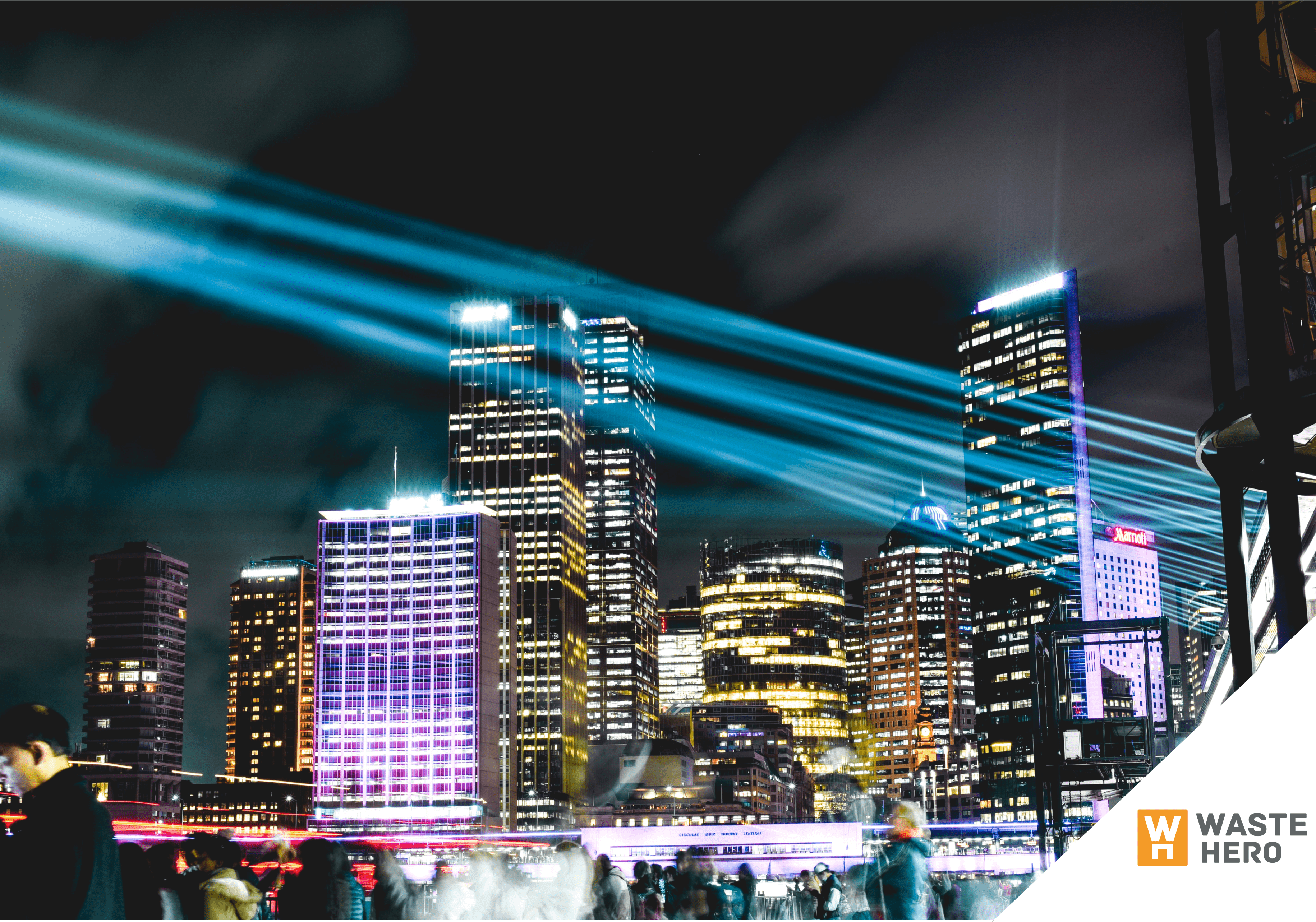 The Future is Smart: Smart Cities for Sustainable Development

An increase of pressure on infrastructure means urban planners are beginning to rethink their operations. Cities are becoming smarter and aim to harness technologies that advance efficiency, economic growth, sustainability and public safety.